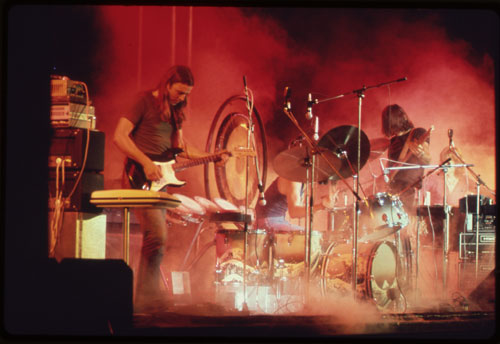 When Syd Barrett left (or was dismissed from) Pink Floyd in early 1968, there was good reason to think that the band was over. The singer/guitarist/songwriter was widely seen as Pink Floyd's prime mover. For their part, the remaining members of the band were creatively set adrift.

The time between Syd Barrett's departure (January 1968) and the release of the landmark LP The Dark Side of the Moon (March 1973) is a period spanning just over five years. In the course of those 51 months, Pink Floyd went from a band without a primary songwriter to the group that released one of the most popular albums of the rock era, and in popular music in general. Reinventing Pink Floyd explores the path taken by Pink Floyd to establish its musical identity, develop its songwriting styles, and create a template for the manner in which albums are made and even enjoyed by listeners. As Reinventing Pink Floyd illustrates, that path would be filled with failed experiments, creative blind alleys, one-off musical excursions, outside collaborations, a general restlessness and – most importantly – a dedicated search for a distinctive musical personality. 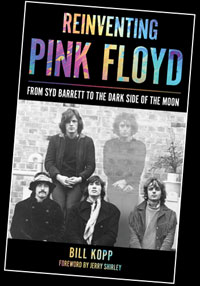 Reinventing Pink Floyd will be of interest both to the casual fan of rock music and to the hardcore Pink Floyd fanatic. Drawing upon new interviews with key personalities involved in the band's early years, as well as archival interviews and music journalism, to book will provide insight into the creative journey that culminated in the making of one of the most popular albums in the history of the recording medium, The Dark Side of the Moon.